At some level, last week felt like “ground hog day” from 4 years ago. For those not familiar with the Americanism “ground hog day” – it means a repetition that happens every year, and it’s also the name of a very funny movie. In 2012, my partners Srikrishna and Dave and I were doing something that nobody else had done – we were raising money for our new profit-first impact investing fund from high-net-worth individuals (HNIs) in India.

We drank a lot of chai (tea) while having interesting conversations to expose the Indian HNI community to impact investing. It took a long time – I can’t count how many hours we sat in snarled traffic in Mumbai, Delhi, and Bangalore. But ultimately after 6+ months of regular visits, we raised 25% of our pioneering Unitus Seed Fund from local HNIs. Given that the Indian market had seen nearly all previous impact fund investments come from offshore entities, we felt quite good. And our local investors not only invested their hard-earned rupees; over the following 4 years many have helped our portfolio companies network for new business opportunities, find follow-on investments, and more.  And we’ve started giving them financial returns, which is what they expect from all of our hard work. 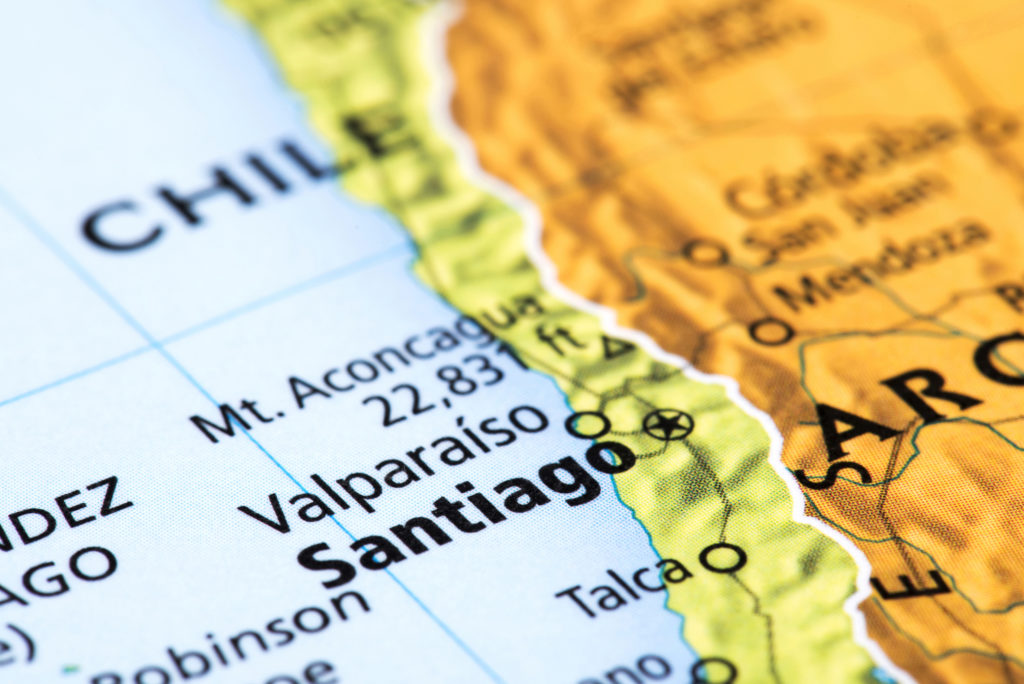 Fast forward to the end of November 2016, my colleague Juan Luis Palma (our Regional Director for LatAm) and I started a similar tour, but this time in Santiago, Chile. I came to Santiago for the first time about 13 years ago when I was leading the global Windows Client business. At that time we had $10B in revenue and high market share, and much more to lose than gain. But that’s a longer story. In that first trip to Santiago I learned about the opportunities in Latin America.

I learned about the increasing income disparity – Chile now has sad distinction of having the highest disparity among OECD countries. But I also learned about the high quality of higher education, surprised that so many people have masters from top universities in the US and Europe, and the increasing local entrepreneurship activities. I learned that Chile was the world’s 11th largest recipient of FDI in 2015 (UNCTAD), 13th best business climate in the world (Business Environment Rankings 2014-2018, Economist Intelligence Unit), 30th best country for business (Forbes, 2015) and is 2nd in LatAm on the ease of doing business (Doing Business Index, World Bank, 2015). Chile´s sovereign ratings show the trust they inspire globally. 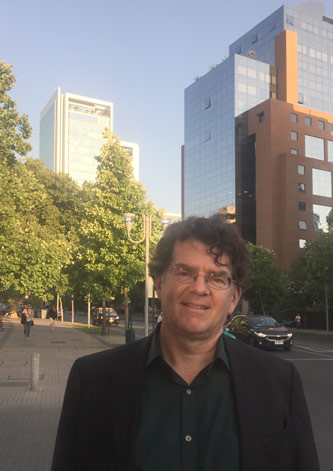 In my travels last week, not only did I see a significant advancement in the country since my 2013 visit, but also heard clearly from many individuals the social problems abound, in all the areas you would expect, from education to healthcare to environmental stewardship. Despite the small size of the Chilean market (total population is around the same size as Mexico City where I wrote this blog on my way north), there is ample opportunity for the high quality entrepreneurs to get funding from local angels, family offices, and from the “Startup Chile” program.

A fact often missed is that Chile’s trade agreements with over 60 countries expands Chile’s domestic market of 17 million inhabitants to over 4300 million potential consumers around the world (63% of the world population). The opportunity for starting businesses that makes good money while making a difference on a local, regional, and sometimes global basis is here, although there are notable deficiencies in downstream capital formation, which is a subject for a future blog.

Back to fundraising with Chilean HNIs. Like many other developing nations, Chile has a relatively small number of quite wealthy family groups. Surprisingly, family offices are booming here and are looking to invest abroad. Chile has been an open economy for decades, has privatized many former state companies, created a strong rule of law, and has attracted smart immigrants who in Chile have been able to become billionaires in as few as two generations. More than 50,000 people have more than USD $1 million net worth, and wealth in general increased by 3.4% between June 2015 and 2016, exceeding USD $600 billion, according to a report about Global Wealth  by Credit Suisse Research Institute.

Our goal was to connect with the leading thinkers among 2nd and 3rd generation family members and to introduce them to the concept of institutional-quality returns-focused impact investing. Over the course of 4 days, we met individually and in groups with over 40 family office principals and/or general managers. We still have a good list yet to connect with, but it’s fair to say that we met with a large representative sample of the group.

I was pleasantly surprised by the warmth and interest with which we were received. Given that fewer than 10% of these HNIs had made any form of impact investment to date, I was expecting a bit more skepticism. Here are five top learnings from our discussions –

My third trip to Santiago left me with great optimism about opportunities in impact investing in Chile and in the entire Latin American region. We and other LP investors, fund managers and entrepreneurs know that achieving profitable impact is no small task, but with the right ecosystem and the commitment from all involved, it’s definitely possible.

Will Poole is Co-Founder and Managing Partner, Capria.