Representatives of Corfo, the UC and investment funds discussed the opportunities to combine financial profitability with projects with high social and environmental impact.

The importance of promoting an industry with a social impact in Chile was the central axis of the 2nd International Meeting, organized by the Association of Investment Fund Administrators (Acafi), where the Pontifical Catholic University of Chile and Corfo also participated. In order to debate around the “Social Impact and Financial Return”. 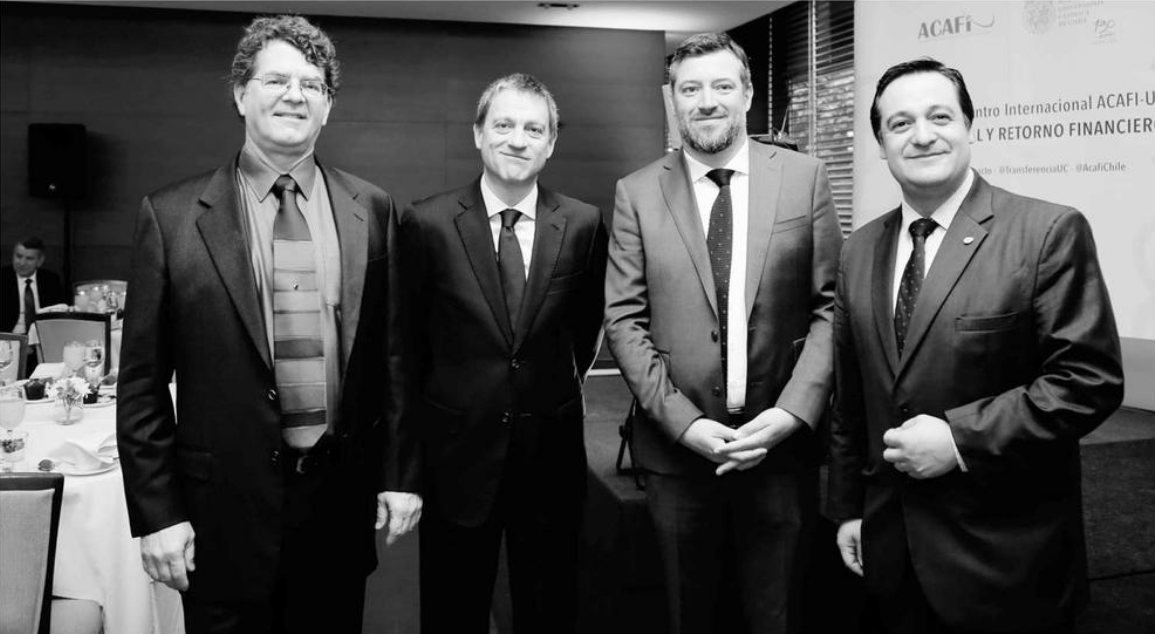 “As an industry, we are aware that more and more the impact of investments is being a key variable when making investment decisions and valuing them.Today we see that bettors, administrators and the market in general are looking for their investments are beyond the economic, “said the president of the Chilean Association of Investment Fund Administrators (Acafi),

In the activity carried out this Thursday in Santiago, the executive vice president of Corfo, Sebastián Sichel; the director of Transference and Development of the UC, Alvaro Ossa, and more than seventy assistants between private and institutional investors, executives of the financial industry, entrepreneurs of scientific-technological base, universities and service providers, Letelier affirmed that the increase is necessary of investments in impact, as well as their measurement and the cadastre of funds that have this type of instruments in their portfolio.

Sichel stressed that today the public agency has central objectives to support entrepreneurship and innovation to expand the economic base of the country, which requires support from public and private initiatives investments with social return.

Sichel pointed out that Corfo’s great challenge is not to increase coverage but rather the depth of the financial market, so that they dare to invest more risk every day. “He said that Chile also needs a more robust financial market, so” the result of starts

Grapes of social impact either with real financing, ready to accelerate the process of economic transfer and undertakings “.

In turn, the Director of Transference and Development of the UC, Alvaro Ossa, said that impact investment is a very important bridge between the financial world and enterprises that generate benefits for society, such as those that arise from universities.

The central guest of this meeting was the prominent serial investor and founder of Capria – an investment fund accelerator that focuses on impact projects, Will Poole, who affirmed that we are “in an exciting time for the world and Latin America” to achieve a high value in social problems “.

In this regard, he noted that “Chileans have wealth and entrepreneurial ability to make a difference at a regional and global level, while receiving market rates that offer solutions to urgent social problems.”

Poole said that “the impact investment is on track to become a global market of US $ 1 trillion, satisfying the needs of the” missing middle. “(…) Latin America is increasingly favourable for venture capital”.

The venture capital industry that grows

At this point, the panel of dialogue between the different actors invited to the roundtable was opened, based on the assumption that impact investments are already a reality in Chile and under the title “Is Chile ready for investment? of impact? “, moderated by Cristóbal Silva, director of Acafil and president of the Commission of VC & PE.

José Antonio Martínez, general manager of the Santiago Stock Exchange, gave some figures: since 2012 they have developed products in this line, such as green bonds. In his opinion, “securities markets require incorporating other variables and observing how they evolve in the long term”.

In this same line, Sebastian Gatica, academic UC and director of CoLab, added that Chile is a leader in social innovation issues as a favorable context for supply and demand. “As a university we are a space for articulation and connection of the ecosystem, and we want to move forward in the medium term in the measurement of impact results”.

When asked if the AFPs in Chile are prepared for these investments, Fernando Larraín, general manager of the AFP Association, was categorical in responding that “we have been convinced that the impact investment goes hand in hand with financial return, so we have a duty with the workers of Chile to improve profitability with the inverters.

This article was originally published on NewsNex >