On November 28, 2016, the Reserve Bank of Zimbabwe released Bond notes, a type of currency, into the market. This event came after the Reserve Bank had announced earlier in the year that it was introducing this currency as an export incentive to boost foreign currency receipts to combat severe cash shortages. Cash shortages had become endemic, forcing people to spend hours on end in queues at the country’s banks trying to make a withdrawal. As one might expect, the government’s claims that the notes are backed by a US$200m Afrexim Bank facility were dismissed by a skeptical public. 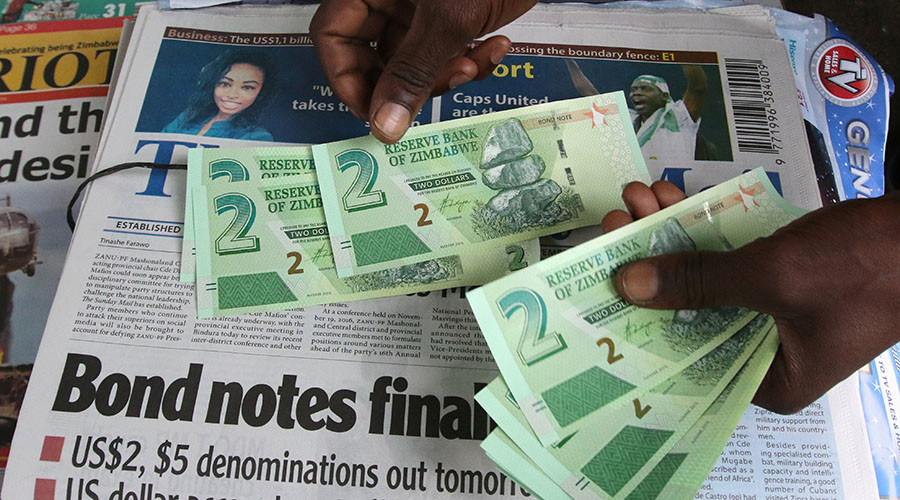 The announcement resulted in a run on the banks, as people rushed to withdraw their hard earned US$ before the advent of the Bond Note. This run was understandable in view of the experience Zimbabweans had suffered with “bearer cheques”, a form of currency that had been introduced by the central bank in 2007. The bearer cheques were supposed to alleviate currency shortages and tame inflation that was running at unprecedented record levels. These bearer cheques did not work and the situation got worse. Most Zimbabweans suffered as there were no goods in the shops and the bearer cheques “currency’ was worthless. During this time, Zimbabwe re-denominated the currency by removing a total of 26 zeros! For reference, this means Zimbabwe was issuing notes in the octillions (a trillion is only 12 zeros)! So it is understandable that no one in the country wants to return to those times.

In February 2009, the government introduced a multi-currency regime which had the effect of “dollarizing” the economy, taming inflation and goods re-appeared on store shelves. So the use of the US dollar or South Africa Rand (among other hard currencies) has ensured that the shops are full, businesses can plan and people can actually buy things or even save.

Most Zimbabweans feel that bond notes are a ploy by government to reintroduce the Zimbabwe dollar through the back door. As a result, there was a lot of resistance with demonstrations by various activists groups and court challenges, some of which are still pending even today.

It would seem however that since their introduction, the bond notes are being accepted by most and circulating in the economy. Some traders have a preference for payment in hard currency and will grant discounts to consumers who pay in US$, but the transacting public is more or less willing to accept bond notes so that they can transact  instead of queueing for hours on end at the bank for US$ notes that they might not get!

The Bond notes have been in circulation for 2 months now and by and large have traded at par with the US$. The US$ dollar and Bond notes are fungible within Zimbabwe’s borders and can banked in the same account. There are several reasons why parity between the US$ and bond notes still holds.  The primary reason in my opinion is the Reserve Bank has only released about $100m worth of bonds notes onto the market. This is an insignificant amount in an economy where currency in circulation is around US$6bn. The small denomination notes also make it difficult for currency traders to engage in “parallel” market activities that would normally cause a devaluation.

So what does this mean for business, the consumer, and the economy? It is still early days to draw conclusions and there should not be any cause for concern if the Reserve Bank plays by the rules and releases a maximum of US200m bond notes into the economy. Should the volume in circulation increase significantly then perhaps we may see things change. However, today unlike in the years to 2008, the US dollar (and other hard currencies eg South Africa Rand) is legal tender. So for now the jury is still out for Zim Bond!!

Our view is that the introduction of the Bond Note is not the only solution to Zimbabwe’s foreign currency and cash shortages. Much more needs to be done to improve productivity, expand the export base and encourage foreign direct investment (FDI) into the country. As Vakayi, we will play our role by providing capital to businesses that seek to grow.

This is a guest post contributed by Chai Musoni, Partner and CEO at Vakayi Capital, Zimbabwe. He can be reached at chai@vakayi.com